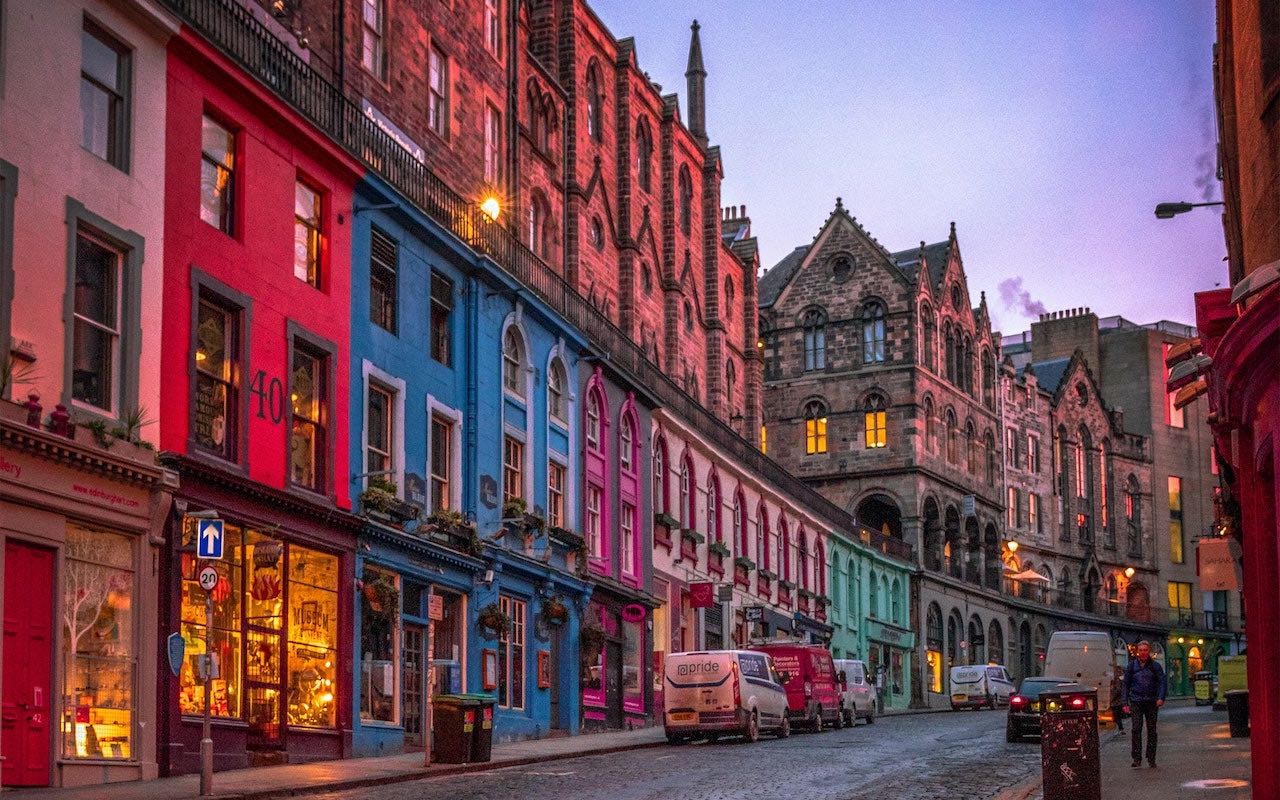 Top 10 Facts to Know About Scotland Before Your First Visit

Many of you enjoyed our article that covered the most interesting facts about Ireland, so we’ve decided to write one on Scotland too, after all it’s the historic monolith of Lords and Ladys!

Scotland is a mysterious land of castles, unicorns, volcanoes and one of the world’s oldest cities. With a sparse population and nearly 10,000 square miles of backcountry available for backpacking, Scotland is a nature lover’s paradise. Scotland’s first inhabitants built settlements during the Stone Age, and various groups of people have called Scotland home ever since, so there is a huge amount of history to take in when you visit.

The following 10 facts about Scotland can help you get started.

1. The U.K.’s Tallest Mountains Are in Scotland

Scotland’s Highlands mountain range is famous for its towering peaks and vast land area, extending to the Outer Hebrides off Scotland’s northwest coast. However, there are two other mountain ranges in Scotland, namely the Central Belt and Southern Uplands, home to many large hills and peaks. In the Highlands, Ben Nevis rises to 4,409 feet and is the U.K.’s tallest mountain. In Scotland’s Cairngorms National Park, Ben Macdui rises to 4,295 feet and is the second-highest peak in the U.K. 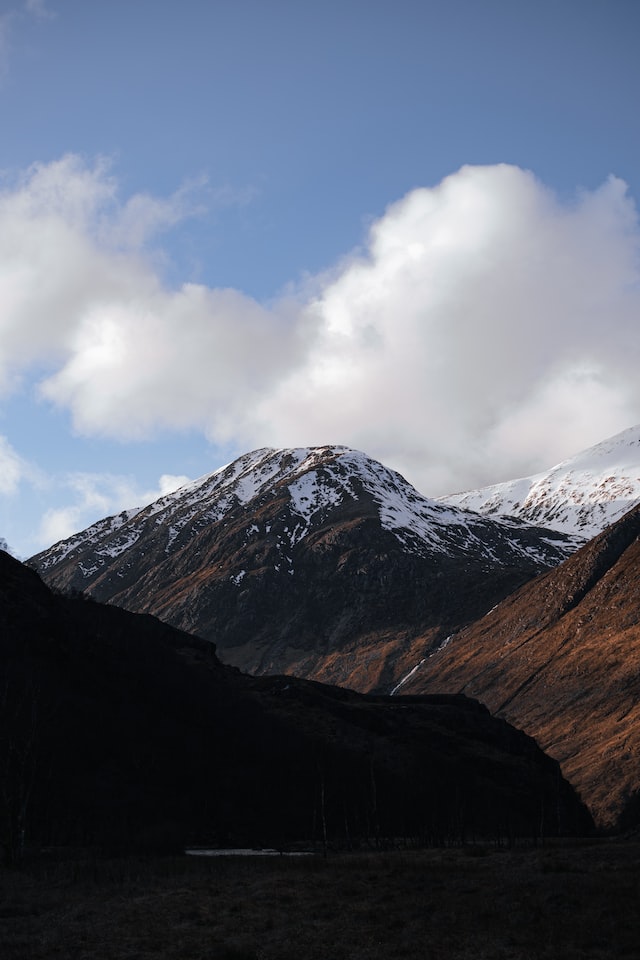 James Watt, an 18th-century Scottish inventor, modified an existing design of the steam engine to make it more powerful and efficient. His work ushered in the Industrial Revolution of the 19th century, which greatly expanded Scotland’s population and economy. Today, the electrical term “watt” comes from James Watt’s name. In addition to kicking off the Industrial Revolution, Watt coined the term “horsepower,” which has become an international unit of measurement.

3. There Are Over 900 Islands in Scotland

Scottish islands fall into four main groups, including the Inner and Outer Hebrides, Orkney and Shetland, home of the famous pony breed. With over 900 islands along its coast, Scotland offers visitors many beautiful northern beaches and volcanoes to explore. While it’s not quite a tropical getaway, Scotland is famous for its island mountains and archipelagos, which belonged chiefly to the Kingdom of Denmark until 1472 when Margaret of Denmark offered them as dowry for her wedding to James III of Scotland.

Castle Rock in Edinburgh is one of the most famous castles in Europe. It sits on the peak of an extinct volcano that was last active in Scotland millions of years ago. Medieval Scots built their castles on mountain peaks to make them nearly impossible to attack. Today, visitors can tour Castle Rock to see how well it’s stood the test of time. Other inactive volcanoes in Scotland include the Glen Coe supervolcano, Castle Hill and Arthur’s Seat, named after the legendary King Arthur, whom some historians say could have been a Scot.

While you may not hear many people speaking Gaelic on your trip to Scotland, you’ll probably hear plenty of native Scots and Scottish English speakers conversing in dialects that sound familiar if incomprehensible to foreigners. Scots is an indigenous language of Scotland with millions of native speakers. Scottish Gaelic is an ancient language with only a few thousand speakers. Today, Scottish people celebrate the poet Robert Burns for writing poetry in his native dialect of Scottish English, which was uncommon when he lived in the 18th century.

6. The Skara Brae Is Older Than the Great Pyramids of Giza

Skara Brae is a Stone Age settlement on the Scottish island of Mainland in the Orkney archipelago. It’s situated on the coast of the Bay of Skaill, an Old Norse name that comes from the time when the Orkney Islands belonged to Denmark. Skara Brae is around 5,000 years old, making it older than Stonehenge and the Great Pyramids of Giza. Historians have called Skara Brae the “Scottish Pompei” on account of its excellent preservation across many centuries.

In A.D. 122, Hadrian was the Roman Emperor. He commissioned Hadrian’s Wall to keep the unruly Pict tribe out of the Roman Empire after his army failed to subdue them in battle. The wall separates Scotland and Northern England from the rest of the U.K. While most of the original wall is gone now, a lot of it still stands, and visitors can view what remains by hiking along Hadrian’s Wall Path, which runs between the east and west coasts of Northern England. In 142, Roman builders added the Antonine Wall across Scotland’s Central Belt.

Unicorns are mythological creatures with origins in many ancient cultures from Babylon to India. They were important symbols of purity and courage to the ancient Celts, who lived throughout Europe during the time of the Roman Empire. Celtic culture has been a source of Scottish pride since ancient times, and the unicorn symbolizes strength, resilience and nationality to the Scottish people. They’ve made it their national animal and even used it in the design of their royal coat of arms.

9. The Oldest Tree in Europe Is in Scotland

In a village called Fortingall in Perthshire, Scotland, there is a yew tree that has been growing for perhaps 3,000 years. Yew trees are slow-growing trees or shrubs that reach up to 40 feet in height and can live for thousands of years. In Scotland, they were important to the ancient Druids, a Celtic priesthood that administered the religion in ancient Scotland and throughout Central Europe. The Fortingall Yew is the oldest living tree in Europe. It’s a pilgrimage site for those who follow the ancient Celtic religion as well as for history lovers and tourists.

You may want to know a few bonus facts before you go, so here you are.

The Scottish Highlands are home to the highest waterfall in the U.K., called the Eas a' Chual Aluinn. Its height is around 660 feet, which is over three times the height of Niagara Falls in North America.

In the Outer Hebrides, the Calanais Standing Stones are some of the oldest Neolithic stone structures in the world, marking the site of religious observance in ancient Celtic Scotland. In construction, they’re similar to the more famous Stonehenge in England, but their arrangement is the shape of a cross rather than a circle.

Another fun facts, that also works as a great gift: You can become a lord or also called ‘Laird’ of Scotland with just a few mouse clicks. Get a noble title and impress your friends with your new royal title.

And lastly, Scotland holds the Guinness World Record for the longest echo. The previous record, also a Scottish achievement, was 15 seconds while the current record stands at a whopping 112 seconds.