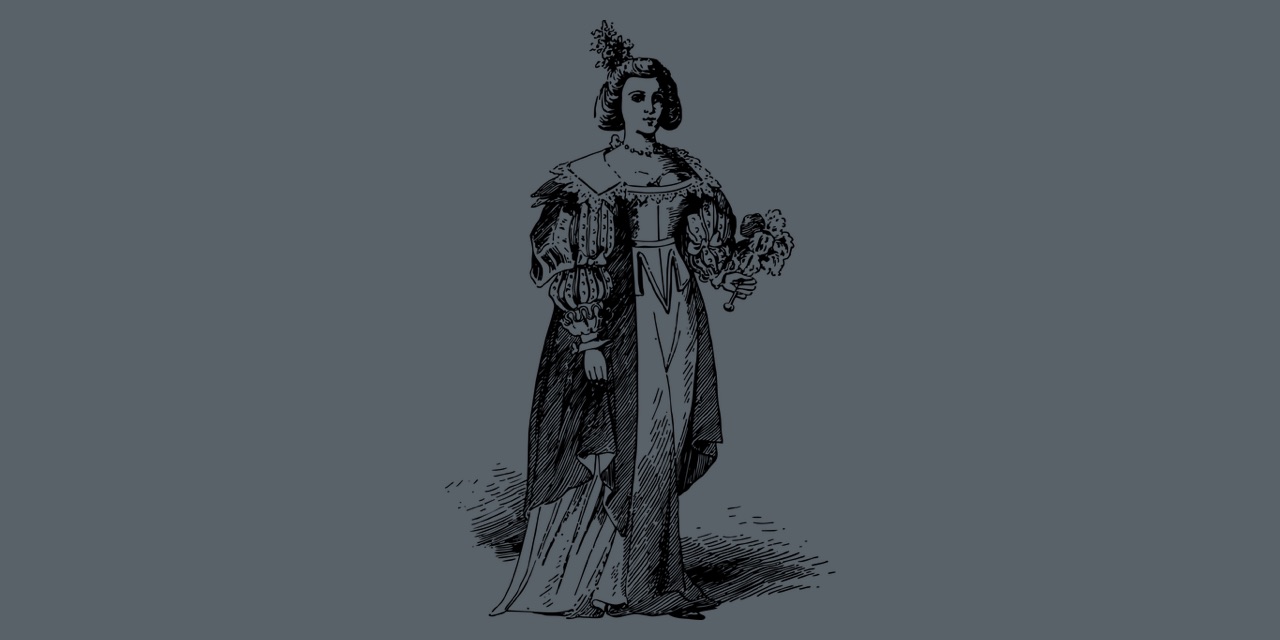 Unless you have a family crest hanging over your family fireplace, you're not likely a descendant of nobility. Most people, in doing a deep dive into their family lineage, find at least one character that played a significant role in a monarchy or royal family..

Finding out if you are a direct descendant of King Henry VIII may be exciting, depending on how you feel about these historical characters. Even if you don't know a great deal about female established titles, taking a peek into the world of the rich and entitled may be worth your time.

Read on to see which titles resonate with you.

Nobility titles took shape based on the history, power, and influence of a royal family. Female nobility titles became more popular during and after the Middle Ages, when they began to be recognized as contributing characters of the royal house. While they were still subject to strict rules and social order that existed within aristocratic systems, they enjoyed some of the same rights and privileges as their male counterparts.

In the early days of recognizing female nobility titles, titles were recognized before marriage as ones that a father might have. After marriage, women were allowed to take on all titles, rights, and privileges associated with a husband. It was generally not considered smart practice to marry beneath one's station, as it did not provide women with a stable future being supported by her husband.

As female power and influence became more recognized and respected, ladies of nobility were called on to fulfill significant roles in history, with many of them making their mark on society in meaningful ways.

Here are a few of the more well-known female nobility titles, as well as what duties and privileges existed with their privilege. The differences between noblewomen and royal titles were the relationships that women had with the reigning monarch.

A Duchess is one of the highest female title honors bestowed within the nobility system. This title is typically given to a Duke's wife, though at times the title was bestowed or given by a reigning monarch or even the Pope himself. In royal family circles, only royal titles such as King, Queen, Prince, and Princess outrank the Duchess. It was not uncommon for a Duke and Duchess to have similar rights and privileges as a royal family member.

A Duchess is expected to take on royal duties as requested by the Queen and spend time supporting charitable organizations that are centered around children and families.

A Marchioness is next in line to a Duchess, receiving a title through marriage. While it's unlikely that the title would be inherited, it is also possible to be granted the title by a reigning monarch. This title was bestowed and delivered according to laws that favor male inheritance; a woman holding the title of Marchioness would pass a title of nobility to a son first, with his wife becoming the new Marchioness. Sorry daughters, you'll have to sit this one out.

A Marchioness was charged with assisting her husband, the Marquess, with all royal duties and obligations. In situations where a husband was deceased, the Marchioness would take orders from Dukes, Duchesses, and royal titles.

A Countess acts as the female equivalent of a Count. Countess ranks third in the class of nobility titles for women. As a partner to the Count, the duties of a Countess would be to own and manage a county, govern the affairs of its citizens and provide legal intervention in matters of land disputes and other financial matters. The title of Comtesse would be the Italian equivalent of an English nobility title in the same class.

A Viscountess is a median title that closely relates to the male title, Viscount. This title is one of the few original nobility titles that are still in use today. A Viscountess was called upon to assist a Viscount with matters of the royal court. Modern-day versions of Viscount and Viscountess serve as bailiffs and provosts in court.

A Baroness is a female titled equivalent of a Baron. One of the most ancient of the nobility titles, a number of Baroness titles are still in existence today. Though a Baroness ranks beneath several titles on this list, the Baroness is still a well-respected title that carries prestige and social status in modern society.

A Baroness was involved in government affairs as it relates to a certain jurisdiction that she is charged with caring for. In combination with a Baron, the two were expected to communicate with other members of high government ranking to establish rules and social order.

Power and Influence, or Pomp and Circumstance?

Regardless of how you feel about female titles of nobility, there is much historical and cultural significance that noble ladies represent in their quest to be recognized and respected. The nobility of today has these early pioneers to thank for the status and privilege that they have; here's hoping that those blessed with these lofty and influential positions will continue to use their power to accomplish things for the greater good of the people that they represent.

In conclusion, female nobility titles were a recognition of the power and influence of royal women and were given to them based on their social and historical context. The titles were usually granted through marriage or given by a reigning monarch, and each title came with its own set of rights and privileges.

The Duchess was considered one of the highest honors among female nobility titles, followed by the Marchioness, Countess, and Viscountess.

Each title also carried with it certain duties and responsibilities, with women expected to assist their husbands and take on royal duties as requested. Despite the strict social order that existed within aristocratic systems, female nobility titles allowed women to have some of the same rights and privileges as their male counterparts, and many of them made significant contributions to society throughout history.